“Better on Bailey” Adds to Momentum in Kensington-Bailey

Thanks to a $300,000 Buffalo Main Streets Initiative grant funded through the Better Buffalo Fund, the University District Community Development Association (UDCDA) is assisting six property owners with façade improvement as well as significant interior renovations through their Better on Bailey initiative. Three businesses have already completed their renovations. These include 99 Fast Food Restaurant (Pho 99) located at 3396 Bailey Avenue, which received a new flat roof through the program, Caribbean Experience located at 2897 Bailey Avenue, which received new cement board cladding, a new paint job, new replacement windows, and several internal upgrades to the restroom and kitchen facilities, and Buffalo Paint & Wallpaper located at 2917 Bailey Avenue, which was able to rebuild two exterior walls and install a new, more efficient storefront system.

“I’ve been in business for over 20 years on Bailey Avenue and this is the first time I’ve ever received help like this. I’m so grateful to be able to reinvest in my business and in my community” said Hyacinth Patterson, owner of Caribbean Experience. 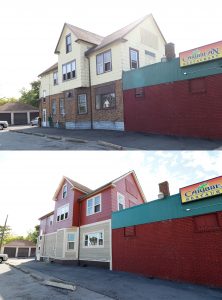 Caribbean Experience underwent extensive exterior renovations thanks to the Better on Bailey initiative.

This funding is also helping to build on positive grassroots momentum seen in recent years thanks to small-scale investment through projects like Bailey Fights Blight. Spearheaded by the University Heights Tool Library and Bailey Avenue Business Association, Bailey Fights Blight is working to improve public spaces and re-imagine vacant or underutilized properties on Bailey Avenue through neighborhood cleanups, community gardening, and public art. The project has attracted hundreds of volunteers to Bailey Avenue, raised more than $20,000 for public art, and has led to a decrease of blighted buildings by over 40%

While Buffalo’s West Side is best known for being the city’s melting pot of cultures, the businesses and business owners represented through the Better on Bailey initiative provide just a small snapshot of the cultural vibrancy emerging on Bailey Avenue. Immigrants both new and old hailing from places like the Ivory Coast, Vietnam, and Jamaica have chosen to take a risk and start a new life along the corridor. It is these types of entrepreneurs who are writing a new chapter for Bailey Avenue, and funding to support them in this goal is critical now more than ever. 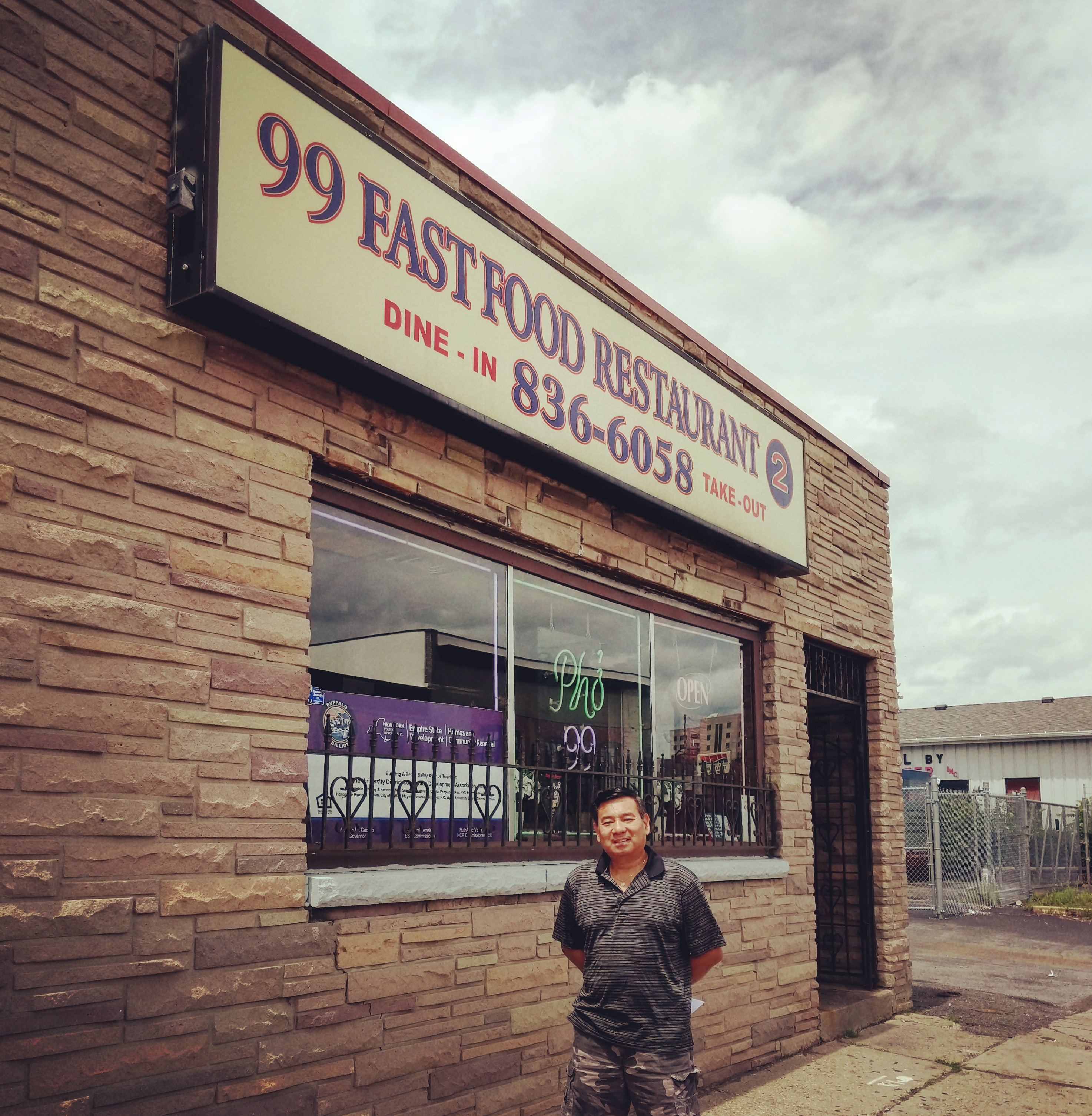 Minh Tran, owner of Pho 99, was able to replace his restaurant’s flat roof thanks to the Better on Bailey Initiative.