The University District Community Development Association is excited to announce that it is one of several community partners working with the City of Buffalo, Empire State Development, and the University at Buffalo Regional Institute on the rollout of the East Side Avenues Initiative and the East Side Corridor Economic Development Fund. The UDCDA will continue to work with small business owners along Bailey Avenue through its ‘Better on Bailey’ initiative to provide targeted funding for facade improvements and building renovations. These types of place-based investments will help existing businesses grow and expand along Bailey Avenue and further reposition the corridor as the vibrant, walkable heart of the Kensington-Bailey community. 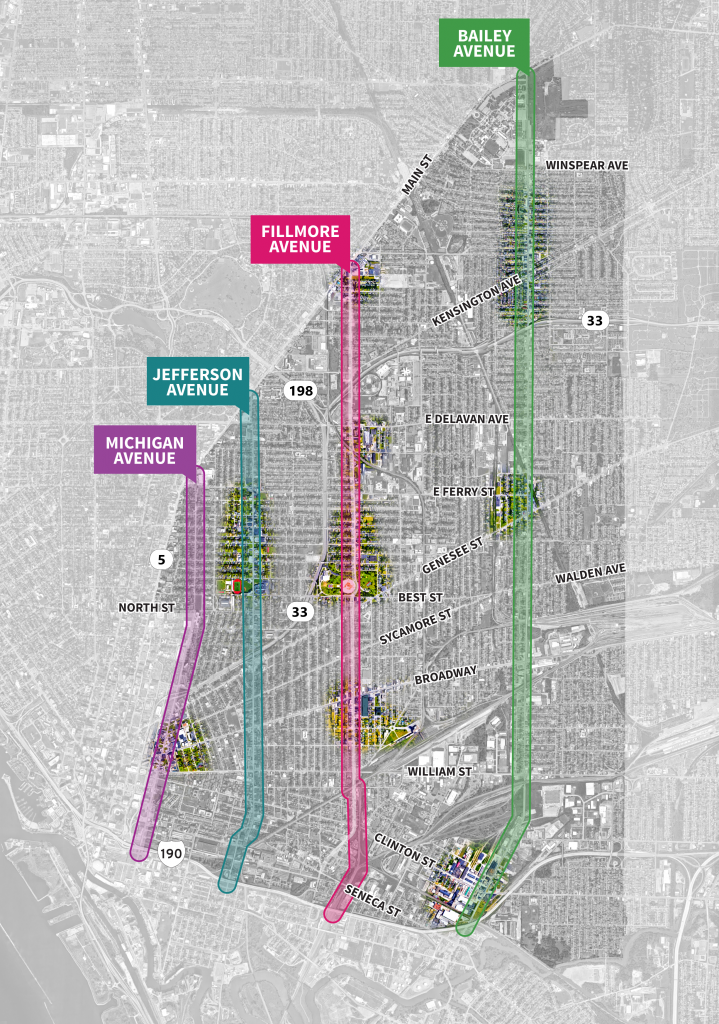 Over a half a million dollars has been awarded to local nonprofits from the East Side Collaborative Fund for revitalization work in four commercial corridors on Buffalo’s East Side. Capacity building, training and other supports will be provided through the East Side Avenues program to augment the funding. The grants and supports are being provided to complement capital funding that is being awarded by Empire State Development (ESD) as part of its $65 million East Side Corridor Economic Development Fund (ESCEDF).

East Side Avenues is backed by a unique partnership of private and philanthropic organizations that created the pooled, $8 million East Side Collaborative Fund to complement ESD’s program, which is part of Governor Andrew M. Cuomo’s Buffalo Billion II initiative.

East Side Avenues will be run by a Project Implementation Team (PIT) from UB’s Regional Institute (UBRI). The project’s goal is to fund, plan and coordinate revitalization strategies and initiatives aimed at improving economic conditions on Buffalo’s East Side. UBRI is the research enterprise of the University at Buffalo School of Architecture and Planning.

UBRI partnered with ESD and The City of Buffalo to reach out to community members, to listen, analyze past investments and create a comprehensive plan focused on what key stakeholders said they’d like to see happen and what projects they believe are important for promoting economic activity. The five-year initiative will prioritize projects providing economic benefit to people living in the community and support locally-owned businesses. It will take a “building on” rather than “building new” approach.