The former High Hopes Club House located at 2969-2971 Bailey Avenue is composed of two vacant city-owned buildings located at the corner of Bailey Avenue and Phyllis Avenue. The buildings, which contain approximately 5,700 sq/ft of space, where constructed between 1922 and 1940 and originally housed offices for the Iroquois Gas Company. In the 1970’s the building was donated to the City of Buffalo and converted into community space for use by the Kensington-Bailey Area Planning Committee. The buildings would become a precursor to the Edward Saunders Community Center located further down Bailey Avenue. 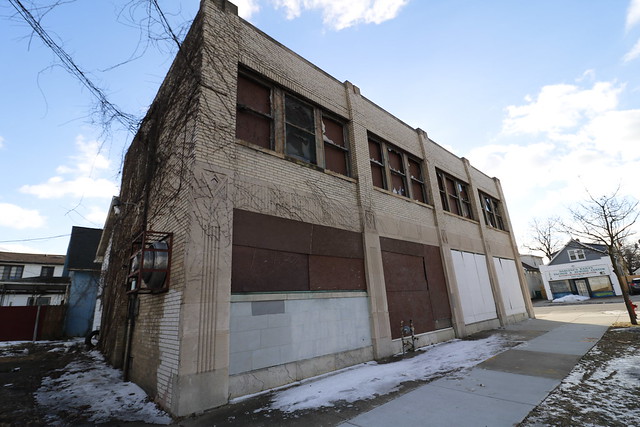 The buildings have been vacant for close to a decade and the City of Buffalo is currently looking to sell the buildings through a Request for Proposals (RFP) process, which was issued on December 21st and due by March 1st. The UDCDA is interested in submitting a redevelopment proposal on behalf of the community in response to the RFP. There have been numerous ideas for the re-use of this building and the UDCDA wants to make sure that whatever use is proposed is grounded both in the needs of community as well as the assets that already exist in Kensington-Bailey. As part of the proposal, the UDCDA is committed to a comprehensive and intensive community engagement process to ensure these buildings are redeveloped for and by the neighborhood.

There are examples of community-directed redevelopment of buildings right here in Buffalo, including PUSH Buffalo’s redevelopment of School 77 (https://pushbuffalo.org/school-77/). Based on the ideas and feedback received from the community, the UDCDA and interested parties will work to find funding resources and operators for these different programmatic elements (e.g. affordable housing, small business incubator, arts space, etc.) to make them a reality.

Be part of transforming our community by getting involved in the process and sharing your thoughts and ideas!