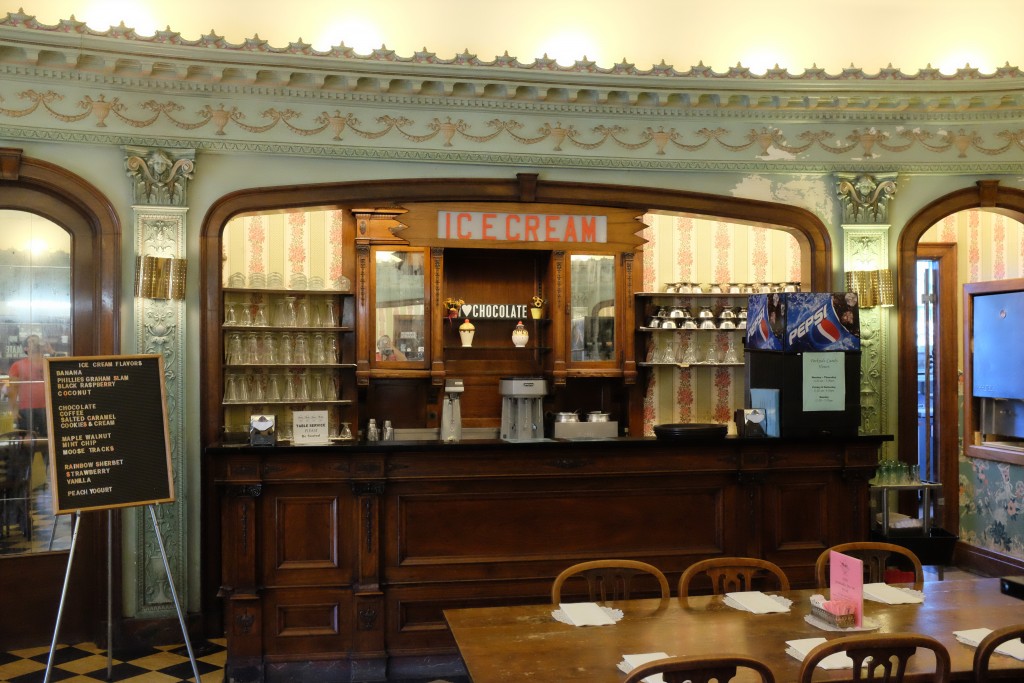 Governor Andrew M. Cuomo today announced the start of an extensive restoration of Parkside Candy Shoppe, thanks to a $125,000 Better Buffalo Fund grant awarded to the University District Community Development Association (UDCDA) by Empire State Development and New York State Homes and Community Renewal as part of the Buffalo Billion Initiative. The iconic candy business has been a mainstay of the Main Street and West Winspear neighborhood since 1927.

Parkside Candy’s restoration is part of round one of the Better Buffalo Fund, which awarded $11.7 million in incentives to 21 projects. The second round was announced in 2016, awarding more than $9 million for 14 projects. Together, these will contribute to the renovation of more than 450 residential units and more than 190,000 square feet of store front and commercial space while leveraging over $223 million in private investment.

“The Better Buffalo Fund is set up as a part of the Buffalo Billion to revitalize neighborhoods and local businesses, and give them the support that they need,” said Governor Cuomo. “Projects supported by the fund will draw new residents and visitors to the communities most in need of an economic boost.”

As one of the oldest continuously operating small businesses in the neighborhood, the building dates back to 1925 and was designed by local architect G. Morton Wolfe. Parkside Candy was recently listed on the National Register of Historic Places and will be utilizing historic tax credits as part of the renovation project. Originally owned by the Kaiser family, the retail store and adjacent factory building were built as the business outgrew its original space in the Parkside neighborhood. The business was purchased by the current owner, Philip Buffamonte, in 1981.

Owner of Parkside Candy, Phil Buffamonte said, “Parkside Candy is about to get a makeover that will reveal its true beauty. Our revitalized candy shop will emphasize the rich history that is Parkside Candy and allow for the community to enjoy our sweet treats and stick around in our parlor atmosphere for good conversation. We offer a big thank you to Governor Cuomo and the Better Buffalo Fund for helping make this happen.”

Sutton Architecture has been working with the UDCDA to restore Parkside Candy to its original grandeur. “We are very excited to be a part of this historical rejuvenation,” Dean Sutton said. “Work is slated to begin in January and will include painting and plaster restoration as well as new checkboard flooring in the candy shop. Two upstairs apartments will be completely remodeled with updated bathrooms and kitchens, creating additional high end units along the Main Street corridor. Most visibly, exterior work will include cleaning, repairing, and repointing brick and masonry, installation of new retractable awnings, and the in-kind replacement of the store’s iconic neon sign, which has been dark for many years.”

Howard Zemsky, Empire State Development President, CEO & Commissioner said, “This project will not only bring economic growth but will bring to light a rich history of candy making in this Buffalo neighborhood.”

James S. Rubin, Commissioner of New York State Homes and Community Renewal said, “Governor Cuomo’s Better Buffalo Fund is making neighborhoods more vibrant and economically strong. The restoration of Parkside Candy will bring this iconic shop back to its former glory, while creating new opportunities for residents and businesses to enjoy all Buffalo has to offer.”

Assemblywoman Crystal Peoples-Stokes said, “The Parkside Candy Shoppe is a historic mainstay along Main Street and is truly one of a kind. The big projects are great, but the Better Buffalo Fund has helped bring attention back to commercial corridors and neighborhoods all over the city. Today’s announcement at the Parkside Candy Shoppe on Main Street highlights the state’s investment along Main Street, both literally and figuratively. I thank Governor Cuomo and the University District Community Development Association (UDCDA) on making today a reality.”

What: Announcement of the start of an extensive restoration of Parkside Candy Shoppe. Tour will be provided.