“At its July 2017 meeting, the Preserve New York panel selected 30 applicants in 21 counties around the state to share $239,634 in funding,” said Jay DiLorenzo, President of the Preservation League. “As always, the competition for these funds was intense. We are delighted to help advance the preservation efforts of these organizations with timely funding from Preserve New York.”

The $10,000 grant will allow the UDCDA to work with kta preservation specialists, a Buffalo-based preservation consulting firm, on a reconnaissance level survey of four neighborhoods within the University District. 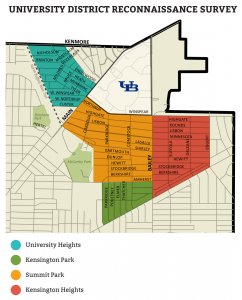 The reconnaissance level survey would focus primarily on the University Heights, Summit Park, Kensington Heights, and Kensington Park neighborhoods located within the University District. Constructed between 1900-1940, these neighborhoods were some of the last to be developed within the City of Buffalo’s boundaries. They represent a diverse mix of styles, including American Foursquare, Colonial Revival, and Workmen’s Bungalow and developed thanks to the expansion of the city’s streetcar system and development of the University at Buffalo.

“We are thrilled to be working with the UDCDA on this project, and we’re already in the process of uncovering some exciting history about the establishment of the neighborhood by multiple real estate developers.  The University Heights district contains a substantial amount of early-twentieth-century architecture that demonstrates its historical significance as a series of planned residential subdivisions at the northern edge of the city from 1900-1940” said Annie Schentag, Consultant with kta Preservation Specialists. 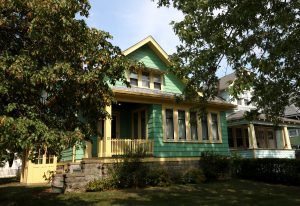 A workman’s cottage in the Kensington Heights neighborhood retains many of its original details.

Having seen the positive impacts of the University Park neighborhood being designated as a National Register district, the UDCDA sees the survey work funded through the Preserve New York grant as critical to maintaining strong and vital neighborhoods across University District. 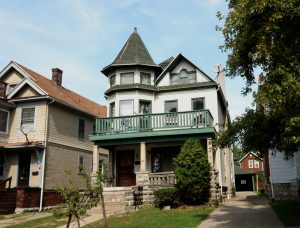 A rare Queen Anne located in the University Heights neighborhood

“This project has the potential to strengthen our community by building on our unique heritage, while also serving as a foundational step to realizing significant reinvestment in neighborhoods that are most in need” said Roseann Scibilia, UDCDA Executive Director. 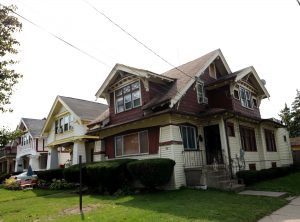 Smaller housing stock in Kensington Park is no less articulate in its detailing. 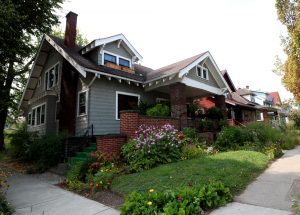 Workman’s Bungalows are a popular style seen throughout the University Heights neighborhood.